Skip to content
Uncategorized
October 10, 2015May 3, 2019 FutureEnTech 562 Views 0 Comments Jugaad
Indians, without a doubt, are the most handy people ever. We have the street-smarts and we have an unusual knack for being very very resourceful! If you want to be an expect at finding life-hacks here and there, then I would suggest you try to find the Indian inside you, because really, ‘jugaad’ is definitely in our blood! India is a country where you will find the great Innovations and inspiration to many young Indians.

The second year student of Samiti’s College of Business Administration, Belgaum, Karnataka in India, Santosh Kaveri bore witness to the hearsays that wonders can be accomplished without any financial assistance if oneself is determined.

This young rural hero is helping many folksy farmers in the countryside’s accelerating the developments at a good pace with his low-cost inventions. Santosh who hails from an economically weak family had to walk for 10 km every day to attend school from his residence in Belgaum, Karnataka.

He started to pick up some of the most challenging tasks which have been troubling the locals of his village and started to address them sequentially with his innovative thinking. As part of which he invented Carrot Cleaning Machine, Brake System for Bullock Cart, Eco Water Coil and many other inventions boasting the life of rural India to a faster pace.

Carrot Cleaning Machine
Santosh Kaveri had seen farmers of his village and many other had to struggle a lot to clean carrots to make them appealing for customers before producing them in the local markets. In mean time, they had to go through a time consuming tiresome process to clean the carrots which usually demands at least 12 people or labors to clean one quintal (100 kg).

Image source: AllIndiaroundup
Seeing it the troubling jobs for many, Santosh incorporated with LEAD to come up with his first invention saving much time of farmers and reducing a huge time of them. He calls the working principle of the washing the machine as an inspiration behind this invention of carrot cleaning the machine. Santosh Kaveri didn’t give up although he failed more than 11 times while working over his first invention.

However finally his efforts brought out the results because of which a farmer can clean up his quintal of carrots yield in 15 minutes with the help of another person. Merits of this carrot cleaning machine are that it doesn’t run on electricity and doesn’t consume much water which is no less than a boon for farmers in more than 10 villages. This invention has brought him up Best LEADer award by Ratan Tata during the Deshpande Foundation’s 2013 Yuva Summit.
Eco Water Coil
Eco Water Coil which is a stovetop device that at the same time boils water for cooking and collects hot water for bathing. This makes sure that Santosh Eco Water Coil is capable of performing two tasks at simultaneously there by helping people to save gas, money and time.

Briefing about the invention Santosh Kaveri says “In India, gas is expensive, and no one seems to be concerned about that.”
Break System for Bullock Cart
Farmers rely on Bullock cart to transport goods from one place to another and to meet many of their daily life needs. In the mean time they had to struggle with his pair of ox’s or cattle to get proper control over the bullock carts while travelling through slopes and sharp turns in order to avoid accidents. Manual controlling of the cart hurts the cart driver, animals and requires huge labour into it. Ascertained with this issue Santosh Kaveri ascended with a simple innovation to control the cart without harming the bulls.
Similar to what we do with our motor vehicles, Santosh invention has a brake liner which is attached to the thread and controlled by the driver. A bullock driver sitting a height of 5 feet can also manage and have proper control over the bullock cart with the handy brakes while riding on steep slopes, going uphill, time of loading and turning at a short radius. Added to which some more weight can be carried onto the cart in exceptional cases with the this low costing brake system ranging between INR. 4000-5000 per system. 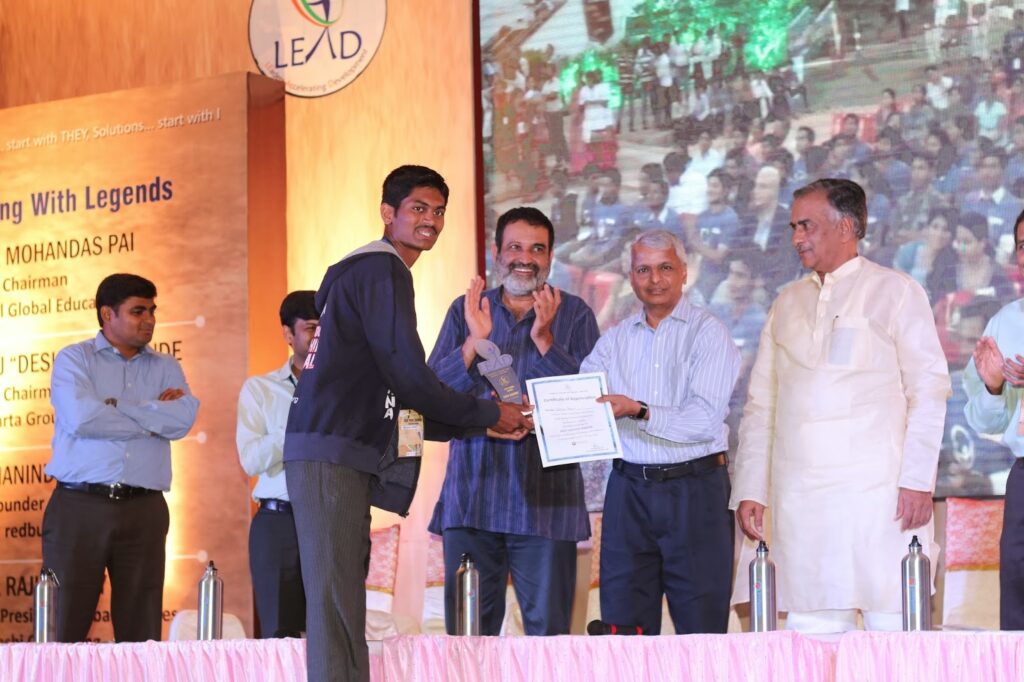 Santosh won the Best LEADer Awad during Yuva Summit 2014 and Rs 1 lakh in the Master Of Social Entrepreneurship pitch your idea competition. He is turning out as an example to many fellow Indians that one need wait for a college degree or work experience if they really wish to make a difference in the lives of rural Indians to accelerate the developments at good pace. (Source: AllIndiaroundup)