Skip to content
Uncategorized
July 5, 2016May 3, 2019 FutureEnTech 998 Views 0 Comments Environment, Gadgets, Water, Water Generation, Welfare
India’s huge and growing population is putting a severe strain on all of the country’s natural resources, especially on pure or potable water.
Though India has made progress in the supply of safe water to its people, but gross disparity in coverage exists across the country.
Despite improvements over the past few years, accessing clean water is a big challenge in rural India.
According to the National Sample Survey Office (NSSO) estimates, 14% of the households reported shortage of drinking water at some point during the year. 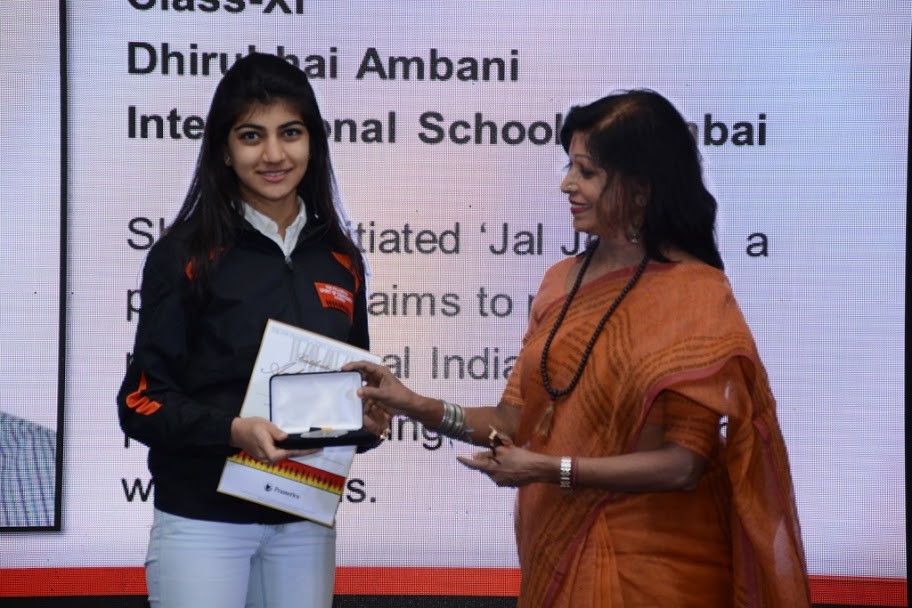 Image credit: Jal-Jeevan
An 11 grader student Deeya Shroff with a mission to improve the pure water accessibility; has invented a unique idea!

Film personality Rahul Bose and social activist Anoop Pabby presenting a award to Deeya Shroff (Image credit: Jal-Jeevan)
She was presented with Gold Medallions, Certificate of Excellence and a cash reward of Rs. 50,000 along with a return trip to Washington, D.C. this year.
This project provided clean and purified drinking water through water ATMs to 300 families in rural India.
People in rural India have to travel miles to get the fresh or potable water for the family. To improve this water scarcity situation in India, Deeya had decided to resolve this chronic issue.
She collaborated with Eureka Forbes and set many water ATMs in rural India.
How Jal Jeevan Water ATM project works?


The first ATM has been inaugurated by the Municipal Commissioner on India’s Republic Day 26th January 2016 in Solapur, Maharashtra.
This Initiative of Deeya Shroff must be percolated to many parts of rural India as well as other developing countries where getting a pure water is beyond the reach of people. (Source: Deeya Shroff)