Skip to content
Uncategorized
April 19, 2015May 3, 2019 FutureEnTech 389 Views 0 Comments Electric vehicles
NASA has unveiled a new battery-operated robotic car prototype that is able to drive by itself, but can also move sideways and take tight corners at speed without losing control. Here is a car that can drive straight ahead and, well, sideways too. Developed by NASA, the Modular Robotic Vehicle (MRV) is an electric car that can also drive itself! 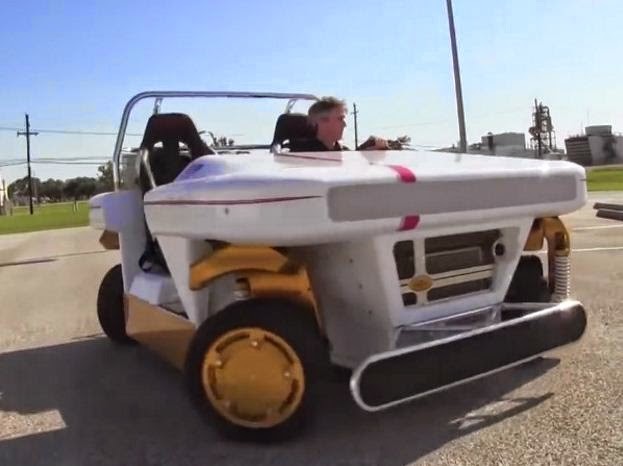 The space agency said the project was designed to develop new technologies for vehicles both on the Earth and in space, Wired.com reported. The buggy-like MRV has four liquid-cooled wheel modules, each of which can turn 180 degrees, allowing it to drive laterally and drift around corners.
Credit: NASA
As each wheel turns independently, the buggy is very agile. In a video, NASA showed a human operator drifting the vehicle into a tight parking space. The car can also drift sideways around roundabouts. Everything the vehicle does is controlled by a computer, with inputs being converted into electrical signals and then sent through wires to its motors. The vehicle uses a fail-safe second motor and second computer that can take control if the primary system stops working.
Weighing 900 kg, the vehicle has a top-speed of 60km per hour and can drive up to 100km on a single battery charge. It can be driven using a steering wheel or a specially designed joystick. The MRV can also be driven by remote control or operate autonomously. The MRV’s tight controls make it ideal for driving in cities.
This two-seater vehicle was designed to meet the growing challenges and demands of urban transportation. “The size and manoeuvrability of MRV gives it an advantage in navigating and parking in tight quarters,” Mason Markee, a mechanical engineer working on the project, was quoted as saying.
In future, MRV technology could be used on manned missions to the moon, Mars and asteroids. Nissan has been working on autonomous cars as well and in January the car manufacturer signed a five-year partnership to build an autonomous vehicle system and a vehicle that produces zero carbon emissions. (Source: wired.co.uk)