Skip to content
Uncategorized
July 29, 2018May 3, 2019 FutureEnTech 189 Views 0 Comments Gadgets, Invention, Lifestyle, Medical, technology, Welfare
Heart attacks and strokes are usually acute events and are mainly caused by a blockage that prevents blood from flowing to the heart or brain. The most common reason for this is a build-up of fatty deposits on the inner walls of the blood vessels that supply the heart or brain. Strokes can also be caused by bleeding from a blood vessel in the brain or from blood clots.

The cause of heart attacks and strokes are usually the presence of a combination of risk factors, such as tobacco use, unhealthy diet and obesity, physical inactivity and harmful use of alcohol, hypertension, diabetes, and hyperlipidemia.

According to WHO, Cardiovascular Diseases or CVD (Heart, Brain, and Vascular Diseases) are the number one cause of death globally and nearly 82 percent people die in middle and lower income group because they cannot afford the treatment cost. While India has highest no. of CVD patients and 8/10 died every year.

To make treatment cost-effective and accessible to all, the worldwide healthcare regulatory agencies such as US FDA, NABH, JCI etc. issued guidelines for reuse of Catheters (a consumable item used in the treatment of these diseases).

In fact, the hospitals across the world have started reusing catheters using manual method in which user cleans catheters with syringes using chemical and water. After cleaning, catheters are sterilized by ETO. This is an acceptable practice worldwide and every hospital in India is doing it on an everyday basis.

This manual method has several drawbacks such as patient Safety, quality assurance, reprocessing cost, limited reuse and chemical cost. Any human error can cause the transfer of diseases from one patient to another.

Testing each and every catheter is not practically & financially possible. Catheters can be reused up to 2 times maximum and also a chemical used for catheter cleaning is very expensive.

After years of research, an Indian start-up Incredible Devices Pvt Ltd (IDPL) has developed the Catheter Reprocessing System (CRS); which resolves all these problems and reduces treatment cost by 99 percent from Rs. 2500 to Rs. 20 only. A unique device that makes not only healthcare affordable but also ensures the safe disposal of Biomedical Waste (Pollution Control). 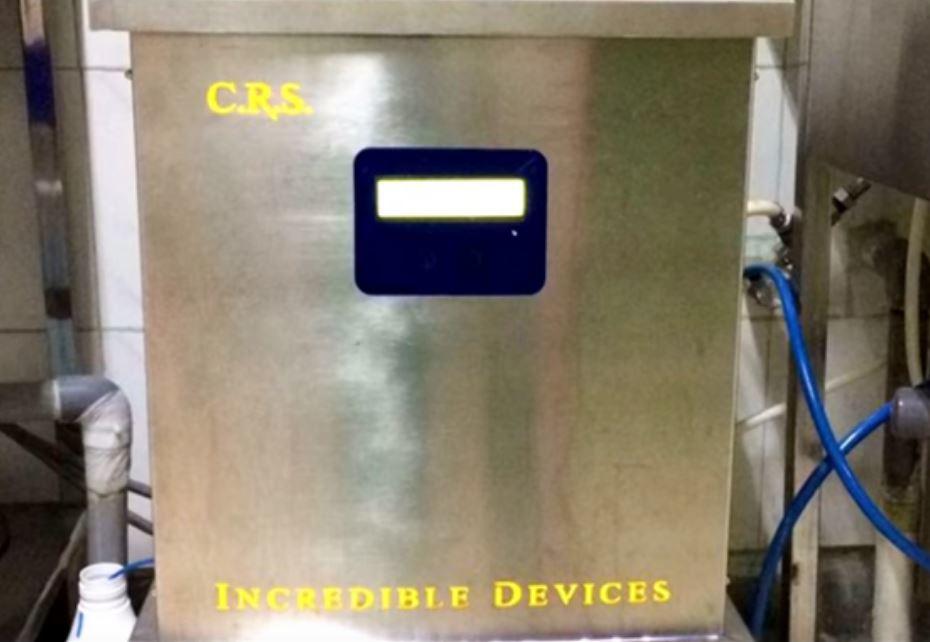 The CRS is a fully automatic Computer Guided Catheter Reprocessor with inbuilt self-testing and calibration which guarantees 100% cleaning of catheter every time. CRS computer stringently monitors and effectively cleans catheters with precision and accuracy which is not possible with the conventional method.

It’s an automatic angiography and angioplasty catheter cleaning machine which is developed to use at Hospitals. Catheters can be reused up to 10 times. (80% more than a conventional method).

CRS makes the catheter 100% antigen and microbes free and also drastically reduces the reprocessing cost (Less than Rs. 20/ per catheter). Hence overall treatment bill is decreased and benefits the population at large.

The developing nations including India import almost 100 percent catheters and CRS intend to reduce consumption of catheters by 90 percent and it helps in saving the foreign currencies.

There is an environment appeal also as reuse of catheters reduces carbon footprint and other non-renewable resources such as water, fossil fuels which are consumed during the manufacturing of new catheters.

CRS has benefitted more than 1,00,000 patients to date. IDPL intends to benefit 36 lakhs patients by 2020. No doubt, it is one of the best medical inventions of our time with social as well as environmental appeal.

FutureEnTech has 1563 posts and counting. See all posts by FutureEnTech

Why Use To Microsoft Dynamics 365 Marketing for Event Management?