Skip to content
Uncategorized
February 16, 2016May 3, 2019 FutureEnTech 346 Views 0 Comments Gadgets
In July 2015, a new product called
Znaps launched its campaign on Kickstarter and was a huge success raising more
than 2 million US Dollars. It was a MagSafe like magnetic adapter which can be
used with existing charging cables for mobile devices.

Six months later, there is a similar campaign
on Indiegogo called MuConnect, which is a “Fast Charging MagSafe like connector”
for mobile devices.

Both products have two parts. The smaller part goes into your phone and the other part is fixed to your charging cable at all times. When brought near, the two parts align together with a snap and start charging. This easy plug/detach feature helps the user in preventing frayed cables, broken sockets, tripping over cables resulting in smashed phones and more. Both products come in Micro USB and lightning versions. The MicroUSB version adds reversibility to the cable, so it can be plugged in any direction. 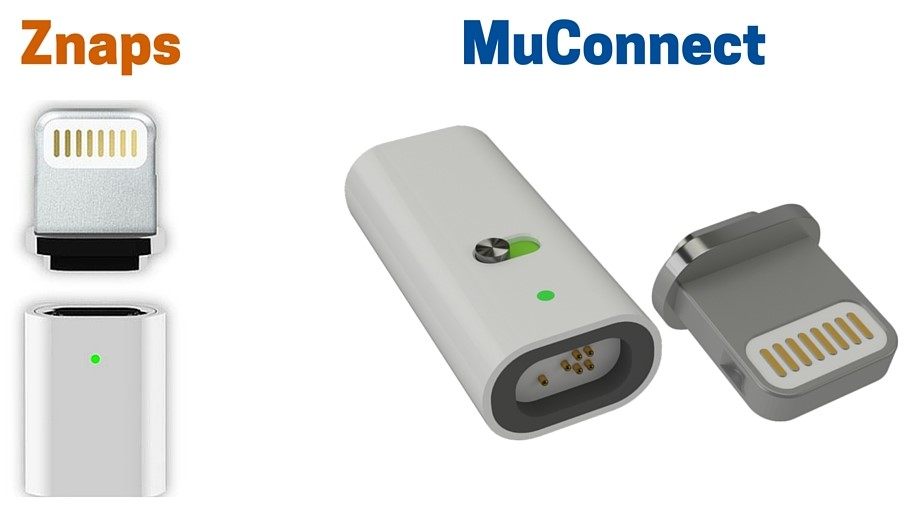 However, the
similarities end here. What makes MuConnect unique is a button
which enables the user to switch to Fast Charging mode, which comes with a
couple more interesting functionalities.
Fast Charging –
Mobile devices charge very slowly when
connected to laptops. Some tablets do not charge at all unless you switch them
off before charging. By setting it to fast charging mode with the simple slide
of a button, MuConnect charges your device two times faster when connected to
laptops or car chargers.
Data protection –
When charging devices from
public charging ports or others’ laptops, anyone on the
other end can steal your personal data, photos, important information like bank
passwords and a lot more. MuConnect in fast charging mode disables data sync,
so it completely eliminates the possibility of unauthorized access to your data
or any malware installations. You can now feel safe about charging your phone
anywhere. 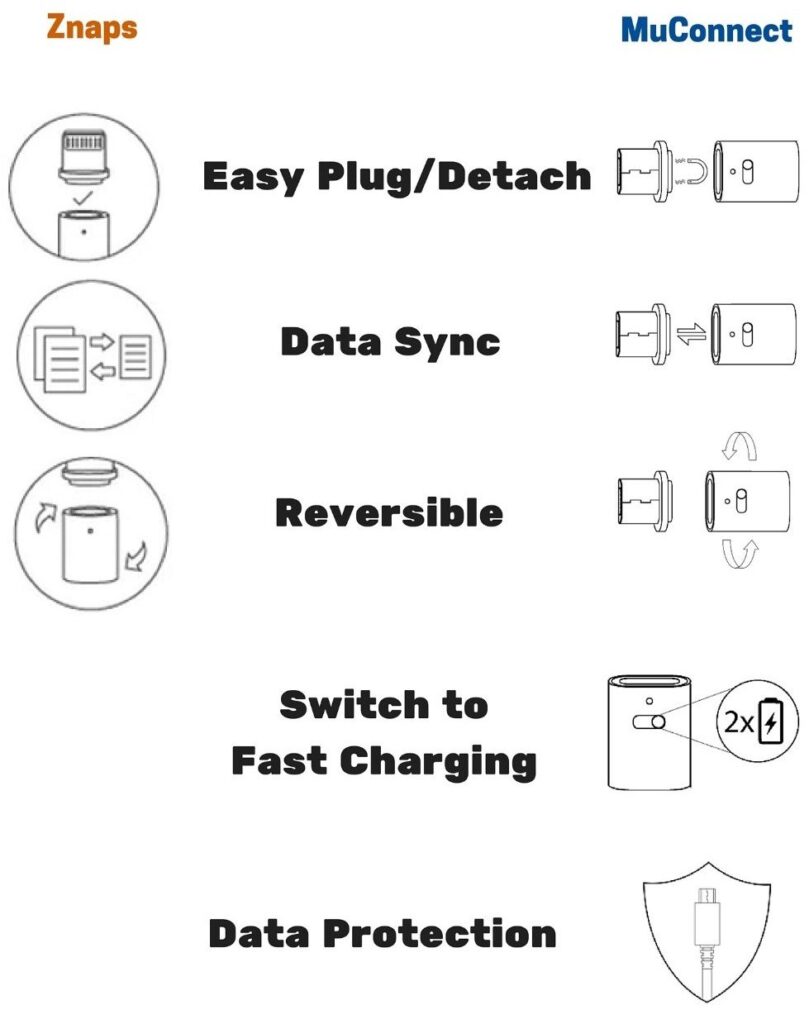 SyncStop to protect your
phone from accidental syncing and malware – priced at $19.99

And then there is Znaps, a Magnetic
adapter for mobile devices – priced at $9
MuConnect even with its
sleek, minimalistic, elegant design, provides all these solutions at just $12.