Skip to content
Uncategorized
February 15, 2016May 3, 2019 FutureEnTech 703 Views 0 Comments Renewable energy
Coal, crude oil and natural gas
constitute 87% of raw materials needed to produce electricity (as on 2012). The
world is heavily dependent on the three to meet its increasing power demands.
How long can we rely on these reserves before they run out – is the million
dollar question. 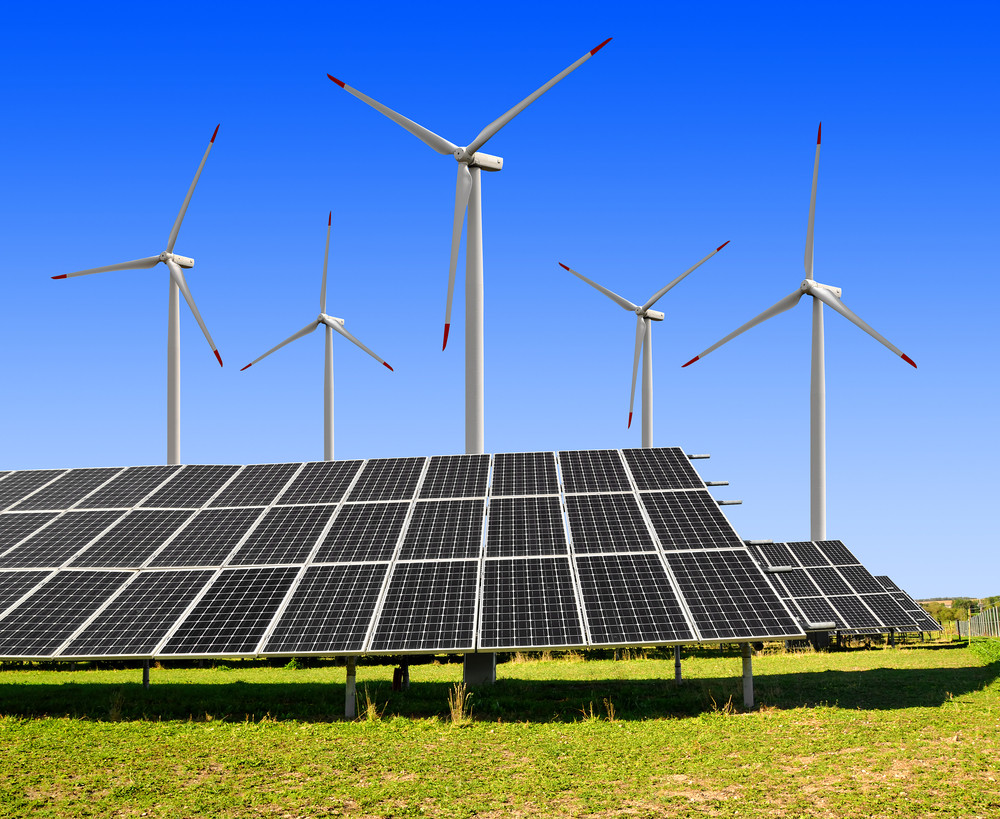 Let us look into some statistics.
As on 2012 in USA, the average cost of power generation by coal-fired plants per
kilowatt-hour was 3.27 cents, for oil 22.48 cents, and for gas 3.40 cents. This
is far lower than the cost per KWh of solar or wind and as a result we rely
more on these three. Is this cost going to be low all the time? As the coal,
crude oil and natural gas reserves get exhausted, the cost per kWh is bound to
increase. This may happen in say, a 100 years. What are the consequences if
this happens? 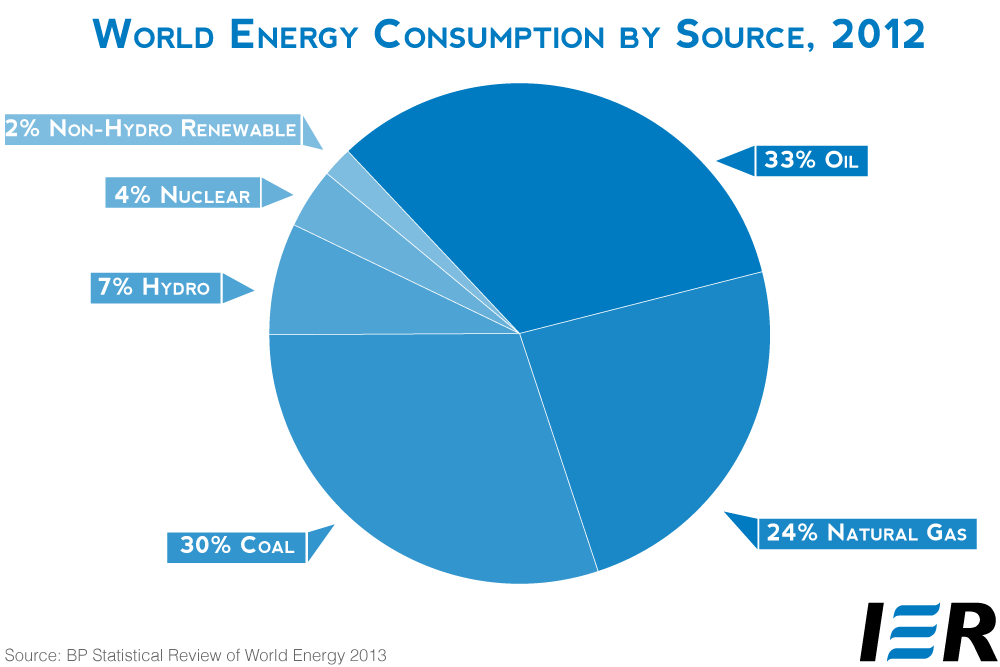 Another alternative to these
three non renewable sources is nuclear energy. As of 2012, in USA, the average
cost of power generation by nuclear plants was 2.40 cents per kilowatt-hour. Nuclear
power plants reduce the carbon footprint by a massive amount. The raw material
needed is Uranium, which also has to be mined from earth, but the amount of
Uranium needed to produce a fixed amount of energy is far less than the amount
of Coal, crude oil and natural gas needed to produce the same amount of
electricity. The power from one kilogram of uranium is approximately equivalent
to 42 gallons of oil, 1 ton of coal, or 17,000 cubic feet of natural gas. This
means that it is a long time before Uranium is exhausted from the earth
reserves. The energy output with 1 Kg of Uranium to 1 Kg of coal is 3,000,000:1
in KWh.
According to the NEA, (Nuclear
Energy Agency) identified uranium resources total 5.5 million metric tons, and
an additional 10.5 million metric tons remain undiscovered—a roughly 230-year
supply at today’s consumption rate in total. Further exploration and
improvements in extraction technology are likely to at least double this
estimate over time. There is also the extraction of Uranium from seawater would
make available, 4.5 billion metric tons of uranium—a 60,000-year supply at
present rates.
From these statistics, it is safe
to say that power from nuclear plants is cheap, clean and has minimal waste.
Ronald Reagan said, “All the waste in a year from a nuclear power plant can be
stored under a desk”. Granted the waste is highly toxic, but isn’t it better to
store the toxic waste from nuclear plants far away from human population,
rather than releasing toxic gases and dust from coal plants right into the
atmosphere due to which humans have to suffer for the years to come?
Many nations hesitate to set up
nuclear power plants, even though they are clean with respect to the Carbon
footprint, owing to the delicacy with which they have to be handled. Major
hindrances which nuclear plants face are the following –
In addition to these, most
nations are wary of the past history of nuclear plants which have blown up,
owing to negligence or earthquakes etc (Chernobyl plant).
Let’s take the example of Germany
as the issue here addresses many aspects. In order to promote clean energy it
closed up all its nuclear power plants and replaced them extensively with
rooftop photovoltaic systems with too many subsidies.

This has turned out to be costly
because the solar PV plants are not load-following. They give peak power
outputs during mid day and less power during early mornings, late evenings and
nights. Solar plants are meant for immediate consumption, there is no way we
can store this massive amount of excess peak power efficiently. This means that
during midday, if the panels are producing more power than the demand at that
point of time, there is no other way to protect the Power System but to cut off
some panels, which is a waste. During off peak times, loss of power from the
panels has to be compensated for, by some other source. Now, nuclear power
cannot be used as a replacement, because their response times are high; there
is no way a nuclear plant can be shut down during the day and operated during
night. So the alternative is natural gas/coal. Because coal is currently
cheaper than natural gas, coal plants are being utilized as substitutes for solar
power during nights. This means that the more panels they use, more is their
power consumption from coal. In short, in the name of clean energy, the clean
nuclear power plants were closed and were replaced with coal plants. Taking a
cue from this, it is imperative that we find an effective solution to address
this issue.

Going back to our question, what
after we have used up majority of coal, oil and natural gas reserves? We’ll
only be left with nuclear, which is the next major source of energy, and
hopefully solar, given that we will have developed efficient and cheap solar
systems by then. But we have already established that we need good load
following sources, to keep our Power System intact. So, we will either have to
save up our coal, gas and oil reserves for that purpose or develop efficient
and cheap technologies to store the solar power.
Our future energy scenario can be
something like this: 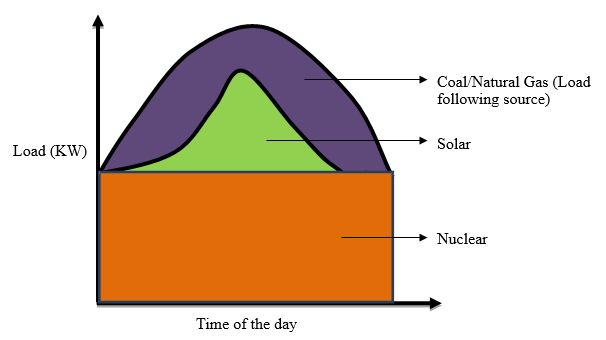 If we do not want to use nuclear to such an extent, and to be able to abundantly depend on solar energy, extensive innovation in efficient solar heat storage and photovoltaic energy storage systems is necessary.
Another interesting source of power is nuclear fusion, which does not give much toxic waste, but generates large amount of heat. But currently, nuclear fusion reactor is very costly and it is determined that a sustained, controlled fusion reactor for large scale power is at least 50-100 years away.

FutureEnTech has 1598 posts and counting. See all posts by FutureEnTech

5 Reasons to Use Time and Attendance Software